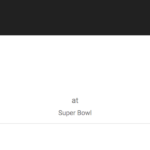 The results are in – after a long NFL season, the Philadelphia Eagles will battle the New England Patriots at the 52nd Super Bowl on February 4th! Though our Cowboys won’t be playing, most of us in the Dallas area (as do many Americans!) regard Super Bowl Sunday as a minor holiday of its own, organizing extensive watch parties and dinners with family and friends to enjoy the big game. Aside from the event itself, game day snacks are one of the most highly anticipated parts of these parties! Unfortunately, these foods don’t often weigh in on the healthier side of the scale. If you are looking for some ideas on how to enjoy the party while still remaining health conscious, we’re here to help! Two of the most important things you can do for yourself are to be mindful, and plan ahead. Think about some of the snacks that you expect to see at your watch party, and make a decision ahead of time which are worth indulging in and which you might avoid. By planning ahead, the temptation of a large spread can be less overwhelming. Be mindful about what you are taking it; rather than grazing throughout the day, curate a plate of food and call it quits after you’ve finished. Try to add color to your plate – “eating a rainbow” often helps to increase the amount of fruits, vegetables, and nutrient-rich foods on your plate. Whether you are in it for the commercials or the game, enjoy your Super Bowl Sunday!