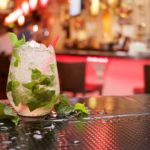 Though drinking alcohol can be an entertaining way to spend your evenings on weekends, it can be a dangerous habit. Alcohol kills up to 88,000 people annually in the United States. These deaths can result from a number of things that result from drinking, such as drinking too much for your body to handle, violence and driving under the influence.

Specifically, drinking and driving contributes to about one third of annual driving deaths. Driving while impaired isn’t just dangerous for the person behind the wheel, but for every passenger in his/her car as well as every other driver and passenger on the road. Not only is the alcohol impairing the ability to drive, it also increases the amount of distractions the driver has as well. On top of driving with malfunctioning motor skills, he/she is texting, talking or just paying attention to fifty other things other than the road. The risk for injuring or killing others is far too high for people to be making the wrong decision to get behind the wheel after a night of drinking. Don’t increase your chances of danger or anyone else’s by making that decision. Drive sober, and hold others accountable when you see that they’ve had too many drinks. You will be saving lives.