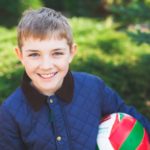 How to Stop Nosebleeds

Happy Monday! Though Mondays can be rough after a nice weekend, there are plenty of things that can make them worse, especially nosebleeds. Nosebleeds can be a pesky problem to have. They always seem to come on at the worst times of your day and appear to be impossible sometimes to stop. Many times, it can be quite frightening when your child approaches you with blood gushing out of their nose, so it is important to know the proper steps to take in order to stop the bleeding.

Lean forward, not back.

It is a common misconception that you must lean back while pinching the bridge of your nose to stop a nosebleed. Tilting your head back will actually cause blood to run down the back of your child’s or your throat into your digestive tract. Swallowing too much blood can actually irritate the lining in the stomach which can ultimately lead to vomiting. The stress of vomiting can also lead to more bleeding. Now, you don’t want to add vomiting to the list of bad things a nosebleed can bring to your day, so be sure to tilt your head forward while you try to stop it.

Pinch the soft part of your nose.

Many people also make the mistake of pinching the bony part of their nose. Similar to leaning back, this is also a common misconception. Bleeding typically occurs in the soft part of the nose. It is important to pinch the cartilage so that there is pressure to stop the bleeding.

Icing your nose and/or cheeks will help prevent more bleeding as well. The cold will cause the blood vessels in the area to constrict, which will slow the blood flow around your nose. This will also be beneficial to you on top of leaning forward and pinching the soft part of your nose.

With children, be sure to check for objects in their nose that could be causing the bleed. It is also important to do everything you can to make sure they aren’t crying, as this can also cause more bleeding. Keeping them calm and putting them to rest is the best way to stop the bleeding and prevent the nosebleed from coming back.

Don’t forget to check back with us for more tips! Have a great week!